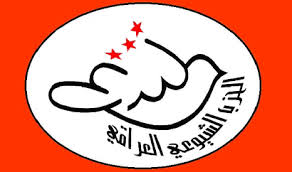 Iraqi Communist Party A Cowardly and Criminal Attack on Iraqi Communist Party office in Basra The headquarters of the provincial committee of the Iraqi Communist Party in the province of Basra was subjected to a cowardly attack at 2:15am on Sunday (2 June 2019), with a grenade which caused material damage to the building without casualties. This treacherous attack came after the blatant assault last month on the offices of our party in the city of Nasiriyah and town of Souk al-Shuyukh, in the province of Nasiriyah. These attacks constitute a serious violation of the Constitution and the law, and a violation of the offices of a legalized party that has representation in the Parliament and provincial councils, including the provinces of Basra and Nasiriyah. These cowardly acts are not an attack on the Iraqi Communist Party alone, but also constitute contempt for all peaceful political action, and a blatant violation of constitutional life and democratic practice, attempting to replace them with chaos, usurping the right to disagree, imposing opinions and attitudes through violence instead of peaceful and democratic dialogue and argumentation. Therefore, they threaten the whole political process and civil peace, and undermine the prestige of the state and its institutions. These attacks do not in any way constitute, as the miserable perpetrators may think and believe, a way out and a solution to the comprehensive crisis that our country is going through. They cannot cover up the notorious filed cases of corruption and hide the ugly faces of corrupt elements, but actually reflect the desperation of the perpetrators and their dilemma. They are unable to stop the march of reform and change which are urgently needed not only for salvation from the root cause of the crises, i.e. the ethno-sectarian quota system, but also for getting rid of the criminals who have looted and plundered public money and become excessively rich at the expense of the hunger, disease and poverty of millions of Iraqis, many of whom can’t make a living. We hereby state very clearly that it is the responsibility of the state institutions, especially the security, to protect the headquarters and offices of all the parties authorized by law, including those of the Iraqi Communist Party. They have a duty to prevent such attacks from being repeated. We demand that they deal with everybody impartially and professionally and expose the perpetrators and their motives and bring them to justice to receive their just punishment. At the same time, we look forward to a wide condemnation of this treacherous attack. All relevant bodies, especially the four leading authorities (the President, Prime Minister, Speaker of Parliament and Higher Judicial Council) must shoulder their responsibilities in order to prevent the deterioration of the situation and to ensure the rule of law, security and stability. The Iraqi Communist Party, while condemning in the strongest terms these cowardly attacks and refusing to be drawn to their disgraceful level, reiterates its firm determination to defend, with all legal and constitutional means, its right to peaceful political action and to promote its views and positions. It is fully determined to go ahead with its reform project that the broad masses of our people are looking forward to and which the corrupt are trying to obstruct and frustrate. Central Committee Iraqi Communist Party 2 June 2019
at June 06, 2019